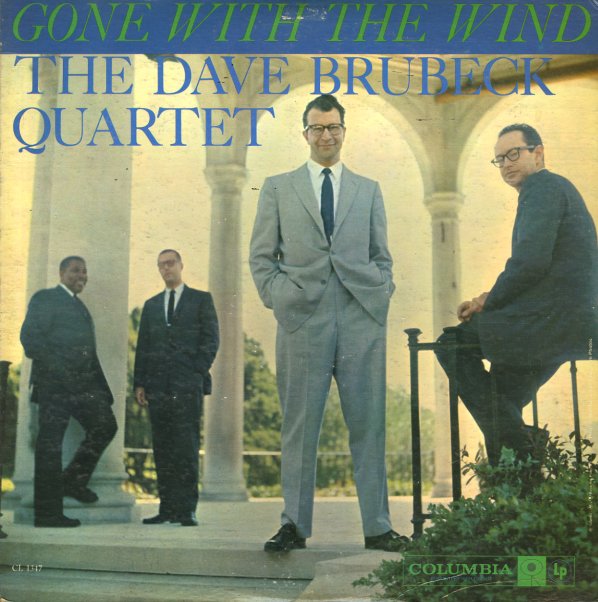 A surprisingly nice little album from Brubeck – one that's mostly comprised of old-fashioned type tunes, but which all take on a hip new light in the hands of his classic quartet! As usual, Paul Desmond's one of the main assets of the set – working with Brubeck to forge a slightly off-beat and swinging approach that brings plenty of nice moments to tunes like "Gone With The Wind", "Ol Man River", "Shortnin Bread", "Camptown Races", and "The Lonesome Road".  © 1996-2020, Dusty Groove, Inc.
(Mono 6 eye pressing with deep groove. Vinyl has just a few light surface marks. Cover has a split bottom seam.)

Angel Eyes
Columbia, 1965. Very Good+
LP...$4.99
Beautiful later work by the Dave Brubeck Quartet – an overlooked gem from their 60s Columbia sessions, and an album that features interpretations of tunes written by the great Matt Dennis! Dennis had a way with a tune that often put dark corners in the back of lovely melodies – and ... LP, Vinyl record album

MF Horn 4 & 5 – Live At Jimmys
Columbia, 1974. Very Good+ 2LP Gatefold
LP...$1.99
A sweet double-length set from Maynard – one that's live and totally cooking, and proof that Ferguson's funky big band style could work equally well in a concert setting! As on other Ferguson classics from the time, the instrumentation includes a good deal of Fender bass and electric piano ... LP, Vinyl record album