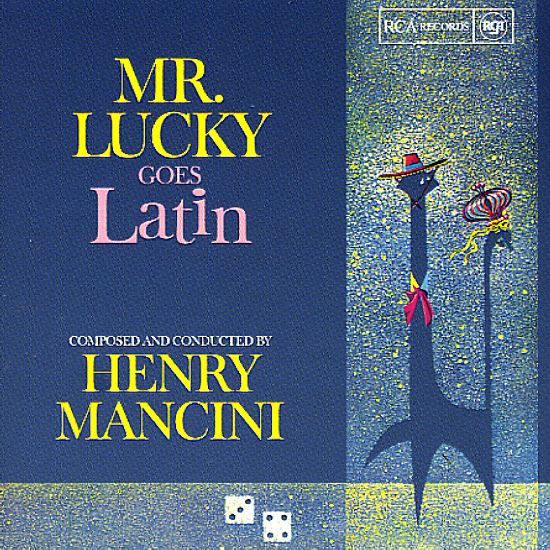 One of Henry Mancini's best soundtracks – made even better! The score for Mr. Lucky was a masterpiece of jazzy little themes – and it's always been one that we've loved way better than Peter Gunn or some of Mancini's other more famous work. Here, Mancini redoes that music with a west coast Latin feel – a cool blend of jazzy riffing and percussive rhythms – never as hard-hitting as other Latin work on RCA, which is part of the charm of the record. The rhythms are often a bit gentle, but step in nicely to give Mancini's music a nice little punch – and titles include "Mr Lucky Goes Latin", "Blue Mantilla", "Siesta", "The Sound Of Silver", "The Dancing Cat", and "Cow Bells & Coffee Beans".  © 1996-2021, Dusty Groove, Inc.
(Mono pressing with deep groove. Cover has splitting on the top seam.)