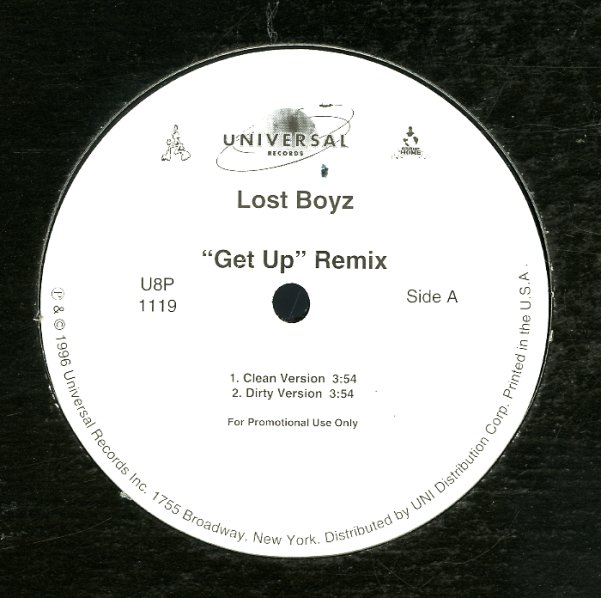 Get Up Remix (clean, dirty, inst)

One of the few real stand out cuts by the Lost Boyz, that rises a cut above the rest of their work in spite of the commercial sound of the beat, which we'll admit is a bit of a guilty pleasure for us.  © 1996-2020, Dusty Groove, Inc.
(Promo. Labels have some marker.)

X Gon' Give It To Ya (LP, inst)/Party Up (Up Here)
Def Jam/Universal (Italy), 2002. Near Mint- (pic cover)
12-inch...$9.99
The classic single! "X Gon' Give It To Ya" kicks of loudly but loose, a horns and a growly intro from DMX before falling into that steady beat and DMX balancing wild energy and on beat control. We paired with the equally huge "Party Up" (Up Here)" on the flip. 12-inch, Vinyl record