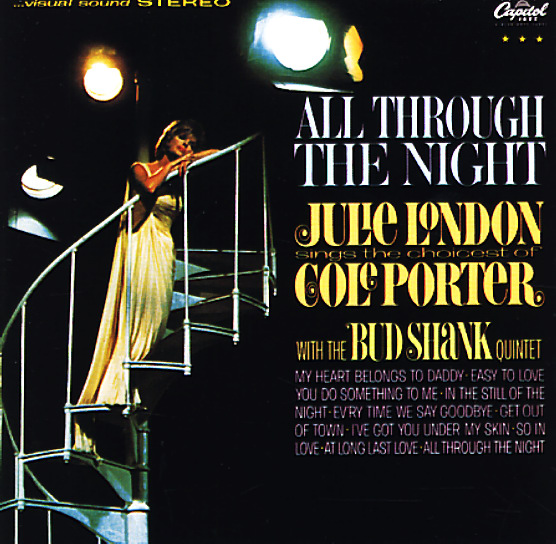 All Through The Night

An oft-overlooked gem from Julie London – a dreamy album of Cole Porter tunes, and one that has her singing with small group backing, very much in the mode of some of her best early work for the Liberty label! The group on the album's the Bud Shank Quintet – with Shank on alto and flute, Joe Pass on guitar, Russ Freeman on piano, Monty Budwig on bass, and Colin Bailey on drums – a great little combo who give the work a light, lyrical feel, and a bit less of the sadness of other London albums. Freeman did the arrangements, and titles include "So In Love", "Get Out Of Town", "Easy To Love", "At Long Last Love", and "In The Still Of The Night".  © 1996-2021, Dusty Groove, Inc.
(Mono pressing. Cover has light wear.)