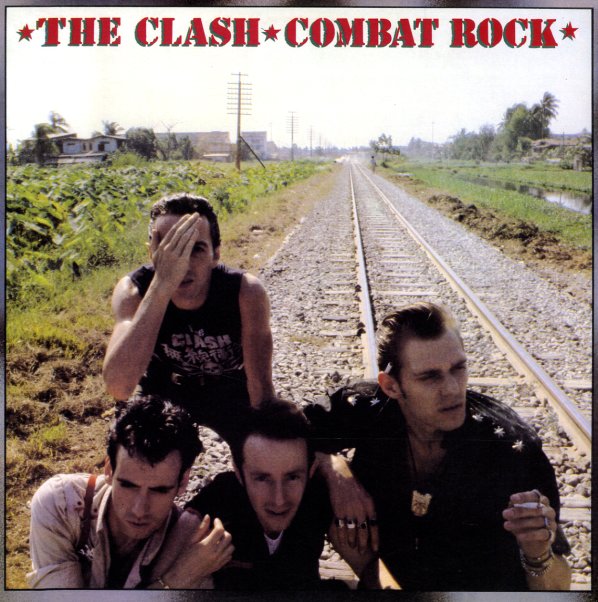 Sure, the cover's a bit dated – but the politics have stayed surprisingly strong over the years – as has the music as well! Keep in mind that The Clash were waging war in the Mideast years before Desert Storm – in this searing mix of London punk, rocksteady roots, and slight new wave elements – delivered here with a surprising sense of self that really gave the whole thing a sense of wit – and more than enough legs to keep on going without collapsing under the passage of time! Titles include the hit "Should I Stay Or Should I Go", the classic "Rock The Casbah", and the tracks "Ghetto Defendant", "Car Jamming", "Know Your Rights", "Straight To Hell", and "Inoculated City".  © 1996-2021, Dusty Groove, Inc.
(US pressing with 2A/2F matrix and Masterdisk stamp. Cover has ring and edge wear and a name in pen.)