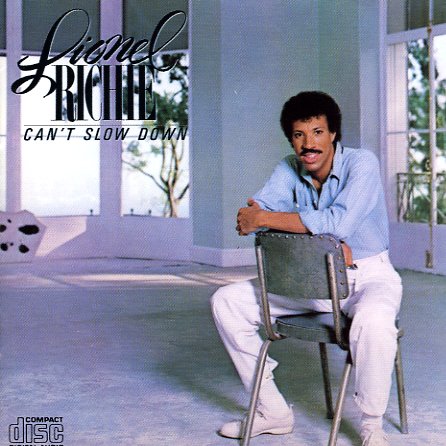 One of Lionel Richie's biggest records ever! Titles include "Can't Slow Down", "All Night Long", "Penny Lover", "The Only One", "Running With The Night", "Hello", "The Groove", "Love Will Find A Way" and "Stuck On You".  © 1996-2023, Dusty Groove, Inc.
(Original pressing. Includes the printed inner sleeve. Cover has a cutout notch, but is great!)

Lionel Richie
Motown, 1982. Near Mint- Gatefold
LP...$4.99
Lionel's first solo album after leaving the Commodores – and a solid bit of mellow soul that forever merged the genres of soul music and adult contemporary! Titles include "Serves You Right", "My Love", "Tell Me", "You Are", "Truly", "Jus ... LP, Vinyl record album