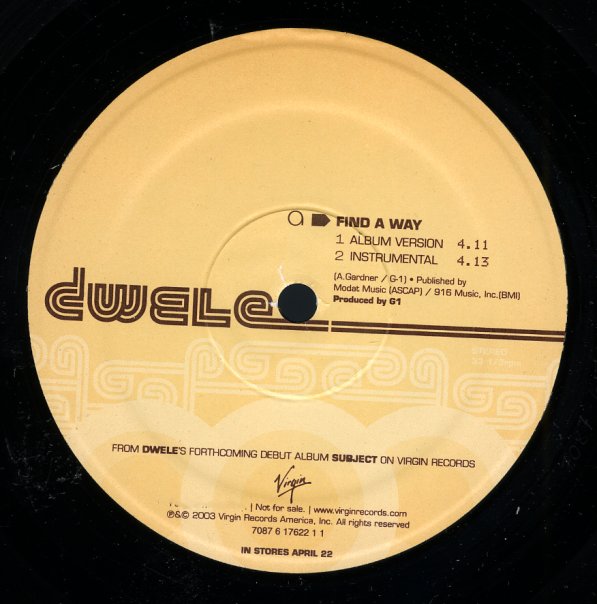 Two cuts from Dwele's Subject LP – one of the most anticipated Nusoul releases on the horizon! "Find A Way" is a romantic groover with some REALLY sweet soul guitar work, a trippy synth backdrop, and breathy romantic lead vocals, clearly modeled after the giants of 70s soul, but firmly rooted in a modern sound. It's a nice single – one with as much of a new jack feel as latter day NuSoul! "Truth" is a similar groover, with the same kinda sweet synth work, with even more deeply expressive vocals that remind us a lot of Donnie's recent work, and delicately overdubbed backing vocals that send the track off like a sunnier D'Angelo.  © 1996-2021, Dusty Groove, Inc.