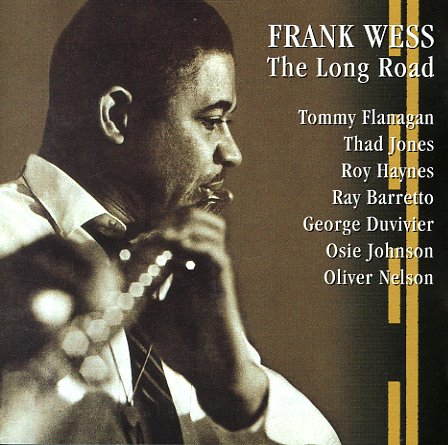 Two great early 60s albums by one of the most unique reed talents ever! Although he also played tenor with the best of his contemporaries, Frank Wess had a firm attachment to the flute, and was one of the first really soulful players on the instrument – setting the stage for later giants of the instrument like Bobbi Humphrey and Hubert Laws. Southern Comfort is one of Frank's best albums from the time, and it features a larger than usual soul jazz combo – one that includes Oliver Nelson on tenor, Albert Aarons on trumpet, George Barrow on baritone, and Tommy Flanagan on piano. Tracks are longish, with a great rolling easy soul jazz groove. Titles include "Blues For Butterball", "Summer Frost", "Gin's Beguine", and "Shufflin". The Yo Ho album features some very nice tenor work from Frank, in addition to the regular flute – and Thad Jones plays trumpet, and Gildo Mahones (always a favorite!) plays piano. Roy Haynes is on drums, giving the whole thing a nice light lyrical feel. Tracks are long – and titles include "The Lizard", "Yo Ho", "Cold Miner", and "The Long Road".  © 1996-2022, Dusty Groove, Inc.