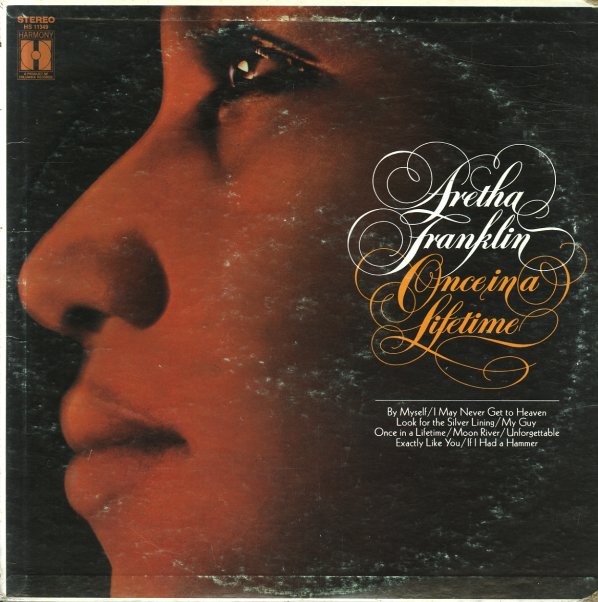 Once In A Lifetime

Mellow work cut by Aretha at Columbia in the early and mid 60s, and repackaged in this release by the budget arm of the label. The tracks are mostly standards and pop tunes – done by Aretha in a sophisticated jazzy style that reminds us of early 60s work by Dinah Washington or Nancy Wilson. Titles include "By Myself", "My Guy", "Once In A Lifetime", and "Unforgettable".  © 1996-2021, Dusty Groove, Inc.
(Still sealed, lightly shopworn with some large holes but still intact.)