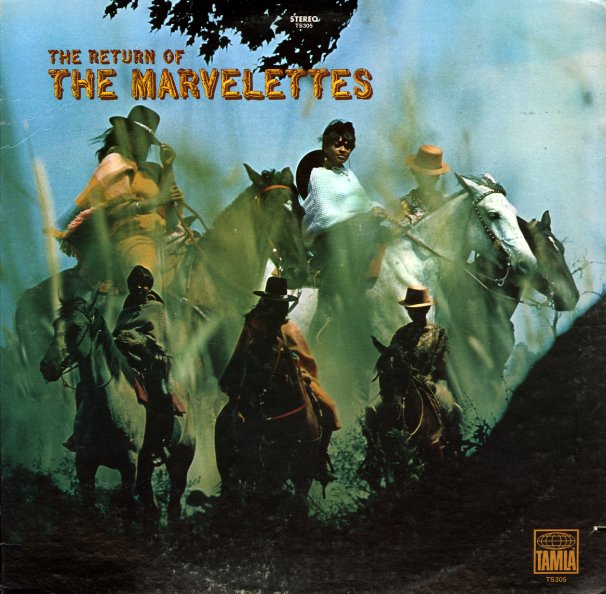 Return Of The Marvelettes

A sweet groover from the Marvelettes – and a record that completely re-casts their sound for the Motown of the 70s! The group's still got the great soprano harmonies that made their early hits so wonderful, but the arrangements on the set are deeper and more sophisticated – taking them into hipper adult soul territory that we really love. Smokey Robinson produced, and wrote a lot of tracks for the set – and the backings are the work of Wade Marcus and David Van De Pitte – both well matched, and giving the album a fully unified sound. Titles include "So I Can Love You", "Marionette", "A Breathtaking Guy", "Uptown", "Someday We'll Be Together", and "Our Lips Seem To Rhyme Everytime".  © 1996-2021, Dusty Groove, Inc.
(Stereo pressing with deep groove.)