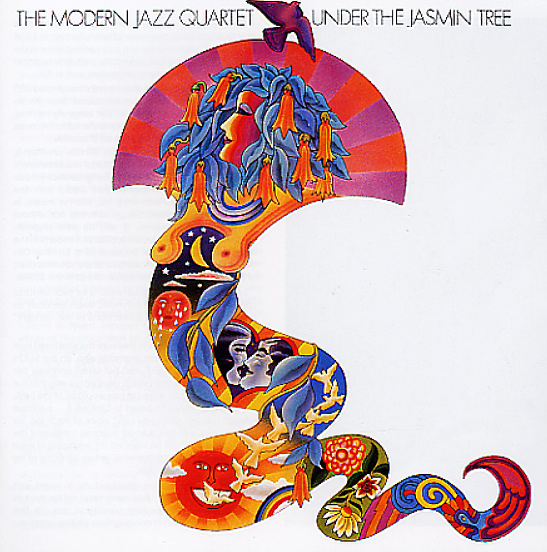 Under The Jasmine Tree

A nice one! The MJQ record for the Beatles' label, and the record's one of their most interesting in years! The production's pretty straight, but the group's playing in a cool open-ended style that still has elements of their earlier work, but which really makes things a lot more interesting than some of the Atlantic recordings. Milt Jackson's vibes have a bit more of a bell-like quality on some parts, and the rhythm team of Percy Heath and Connie Kay kick it with a soul jazz vibe on a few numbers – a nice change from the sleepier rhythms of earlier albums. Titles include "The Blue Necklace", "Exposure", "Jasmine Tree", and "Three Little Feelings".  © 1996-2021, Dusty Groove, Inc.
(90s UK pressing.)