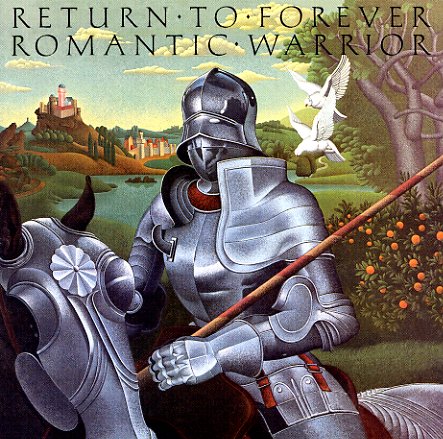 One of the hardest-jamming Return To Forever albums – recorded with the post-Brazilian lineup that includes Chick Corea on keyboards, Stanley Clarke on bass, Lenny White on percussion, and Al DiMeola on guitars. Corea's very firmly in the lead – stretching out in heavy keyboard romps that really take off into space – propelled by fierce drums from White, heavy bass from Clarke, and a bit of tippling guitar from DiMeola. We kind of miss the subtlety of Airto's percussion, and the beautiful vocals of Flora – but the overall sound's still pretty wonderful and we do like the spaced-out keyboard touches! Titles include "Soceress", "The Romantic Warrior", "The Magician", and "Majestic Dance".  © 1996-2021, Dusty Groove, Inc.
(Includes the printed inner sleeve. Cover has light wear.)