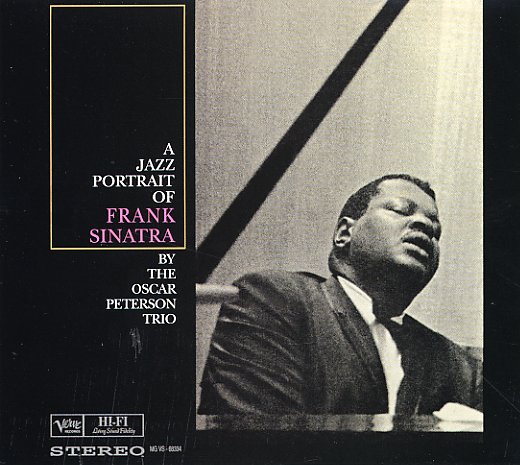 Oscar pays tribute to Frank – but he uses his keys, not his voice – to come up with some great renditions of tunes from Sinatra's classic Capitol years! It's true that Peterson was known to vocalize on some sessions (most notably on his tribute to Nat King Cole, recorded a few years later) – but this album is straight trio grooving, with Peterson skipping soulfully over the keys of the piano, abetted by Ray Brown on bass and Ed Thigpen on drums – in a wonderfully-crafted set of tunes that includes "Witchcraft", "Come Dance With Me", "You Make Me Feel So Young", "All Of Me", "It Happened In Monterey", and "The Tender Trap".  © 1996-2021, Dusty Groove, Inc.
(Japanese pressing – UMV 2109.)