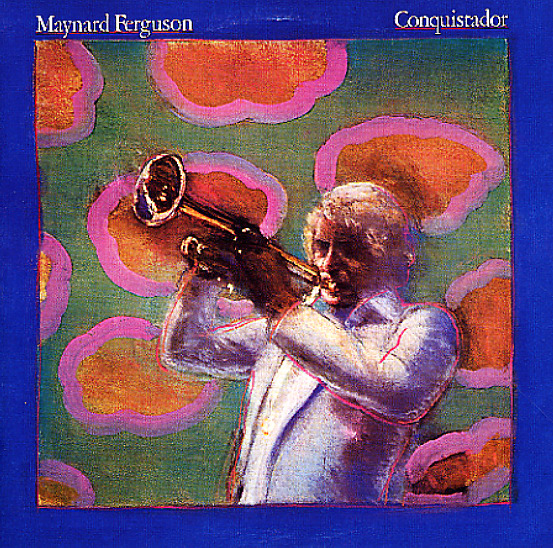 Maynard come back! All is forgiven! We take back all the things we've ever said about you after hearing this album! The record's a jazz funk masterpiece, and it's proof that you've always had a good head on your shoulders, and were waiting for a record like this to really come into your own! The arrangements shine with a smooth electric sparkle that reminds us of the best albums on Kudu or CTI – and even your normally "too hot" solos fit in perfectly with the band's smooth funky grooving. Our favorite tune is the spacey sample cut "Mister Mellow", but the whole album's pretty darn nice, including "Soar Like An Eagle", "The Fly", "Conquistador". Heck, we even like your funky version of "Theme From Star Trek"! Sorry we ever doubted you!  © 1996-2021, Dusty Groove, Inc.

Live From San Francisco
PAJ, 1984. Sealed
LP...$7.99
Maynard Ferguson live – and still holding onto all the great sort of grooves he cooked up in the studio during the 70s! The performance is from a 1984 appearance at San Francisco's Great American Music Hall – and Maynard's got the group in super-tight, super-soulful formation – ... LP, Vinyl record album

Storm
PAJ, 1982. Near Mint-
LP...$4.99
A sweet jazzy storm from Maynard Ferguson – a record from the early 80s, but one that's still got all the dynamic power and groove of Maynard's Columbia Records classics from the decade before! As with those, the approach here mixes electricity in the rhythms with sublime horn charts over ... LP, Vinyl record album

Maynard Ferguson (1971)
Columbia, 1971. Near Mint-
LP...$2.99
Maynard Ferguson's looking a bit shaggy on the cover of this one, but his grooves are as tight as ever – and packed with a good degree of funk in the arrangements too! Maynard's returning here to the great territory of the MF Horn album – and using help from British arrangers that ... LP, Vinyl record album

New Vintage
Columbia, 1977. Near Mint-
LP...$2.99
Maynard really grooves it up on this one – playing with a group that's even larger than some of his early 70s funk sessions, in a style that's got traces of disco and R&B-styled fusion! The set was arranged, conducted, and produced by Jay Chataway – who's going for a nice smooth ... LP, Vinyl record album