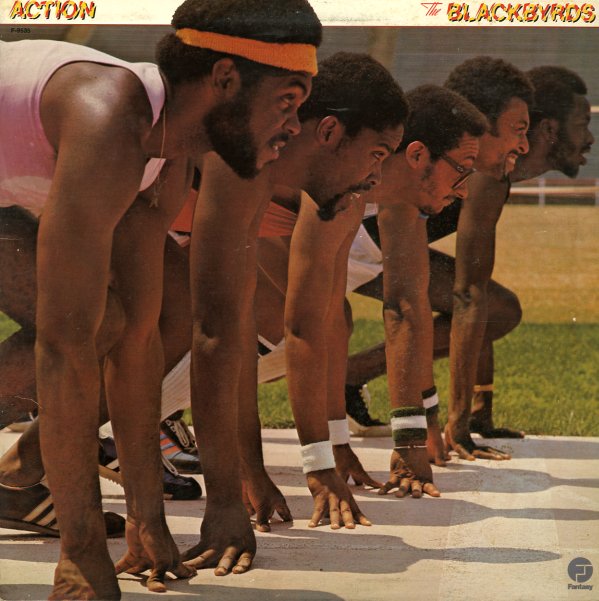 A great little sleeper from the Blackbyrds – a record that never gets as much due as their earlier records that have a hard funky feel, but offer instead a tasty batch of smoother jazz funk numbers that show the group still continuing to grow. Donald Byrd's still at the production helm – and the band's got a nice spacey sound that almost reflects directions that other funk groups, like Kool & The Gang, were taking at the time. The best case of this is the massive cut "Mysterious Vibes", a slow jazzy stepper that was sampled to great fame a few years back – but you can also hear it on the cuts "Supernatural Feeling", "Soft & Easy", and "Dreaming About You".  © 1996-2021, Dusty Groove, Inc.
(Cover has some edge wear.)

We Meet Again
Fantasy, 1978. Near Mint-
LP...$4.99
Martha's lost the Vandellas by the time of this late 70s set – making a strong move here as a solo act, and really going for a different sound. The format is quite clubby – arrangements by Dale Warren and Robert Manchurian that have a full and soulful feel, very much like the later ... LP, Vinyl record album

Hungry For Love
Ric Tic, Late 60s. Very Good-
LP...$3.99
The name on this one sounds cheesy – but the record's actually a great batch of Detroit soul instrumentals, with way more of a Northern Soul groove than you'd expect! The San Remo Golden Strings were a group of Detroit soul musicians – kind of similar to the Soulful Strings of Chicago ... LP, Vinyl record album

Two Steps From The Blues
Duke, 1961. Very Good-
LP...$34.99
An incredible record from Bobby Blue Bland – and quite possibly the greatest one he ever made! The set's got an amazing something special that's unlike most other material of the time – a bit blues, but a lot of soul too – still with some echoes of R&B in the jazzier charts ... LP, Vinyl record album