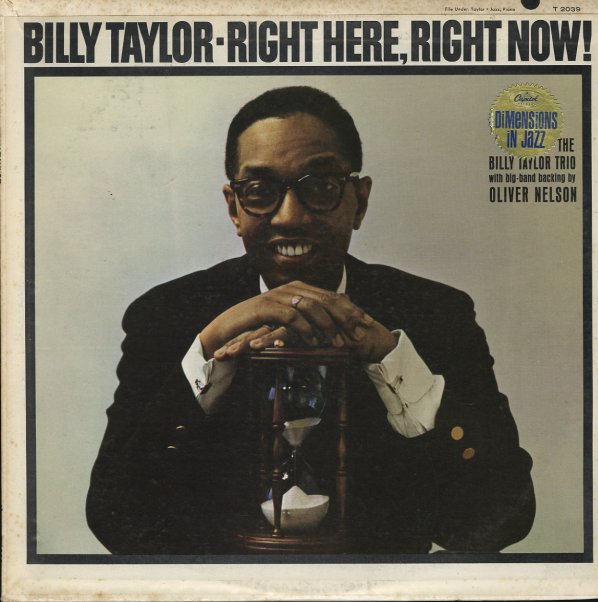 One of the best Billy Taylor albums of the 60s – thanks to some great big band backing by Oliver Nelson! Nelson's touch was golden at this point, and he could make just about any instrumentalist swing like a hammer – which is what he does with Taylor on this album, taking his normally flowery keyboard style, and holding it in place with some extremely tight orchestrations. Tracks are a mix of soul jazz groovers and jazzy pop tunes – and titles include "Soul Sister", "That's Where It Is", "Stolen Moments", "Freedom", "A Lot Of Livin To Do", and "I Wish I Knew".  © 1996-2020, Dusty Groove, Inc.
(Mono Dimensions In Jazz pressing. Cover has a small cutout hole.)