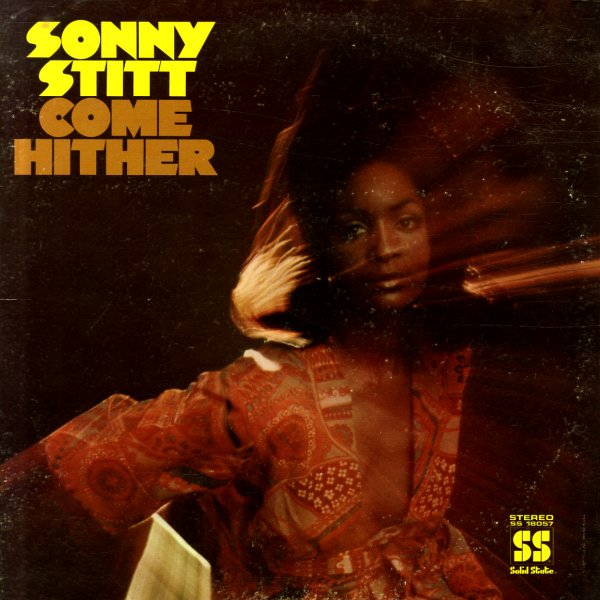 Sonny blows Varitone on this groovy set of 60s pop tunes arranged and conducted by Jimmy Mundy. The group features guitar by Billy Butler, organ by Paul Griffin, and work on sax and flute by Jerome Richardson – and while the album's not Stitt's finest bop or soul jazz moment, it does have some cool little tunes that shouldn't be overlooked! These include "Tasty Cakes", a choppy little groover with a lot of time changes and a really odd sound; "California Soul", one of those tunes that sounds great no matter who does it; and "Soiree", a bassy mod number that's kind of like a party scene from some camp 60s film!  © 1996-2021, Dusty Groove, Inc.
(Yellow label stereo pressing. Cover has ring and edge wear and some seam splitting.)

Sonny Stitt & The Top Brass
Atlantic, 1966. Very Good
LP...$13.99
A heck of a great little record – one that shouldn't work so well, but it does! For the set, Sonny Stitt's blowing in front of a larger brass section – and while the prospect of a Sonny Stitt big band record might not sound that great at first, this one really kicks, largely because of ... LP, Vinyl record album