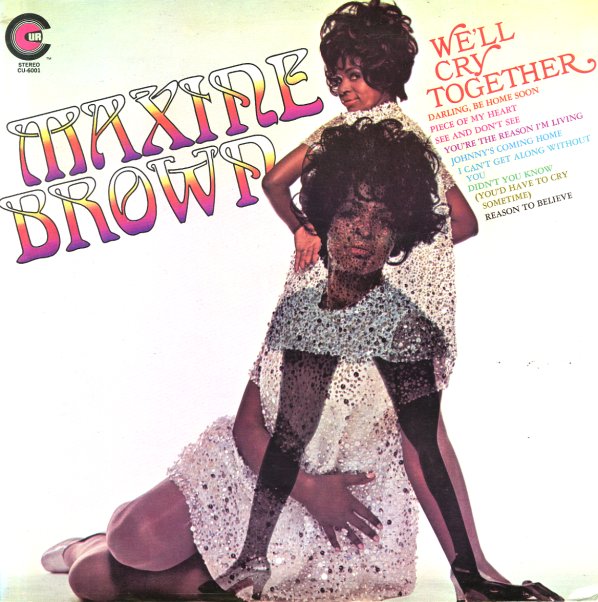 Quite obscure later work from Maxine – done in a style that's partly like her classic uptown soul work for Wand, but which also has some more down-home and rootsy moments – in an approach that was clearly intended to make her come across as more of a hard soul singer! Arrangements are by Bert De Coteaux, and all very strong throughout – with a level of quality that matches the Atlantic sort of session of this type, which was probably what Bert was aiming for! Titles include the single "We'll Cry Together", plus "Piece Of My Heart", "See & Don't See", "Reason To Believe", "You're The Reason I'm Leaving", and "Didn't You Know".  © 1996-2021, Dusty Groove, Inc.