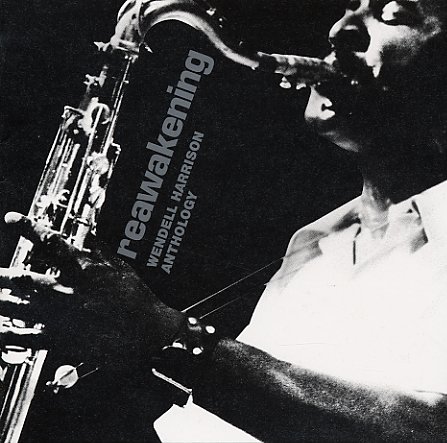 A much-needed look at one of the greatest visionary players of the Detroit 70s scene – saxophonist Wendell Harrison, a really spiritual artist with a deeply soulful side! The set does a great job of bringing together the 2 sides of Harrison's career – his earlier righteous jazz sides for Tribe Records from the 70s, and his later work for his own label Wenha – mostly recorded in the early 80s with a laidback and mellow soul jazz sound! Harrison's a bit like Gary Bartz – in that he sometimes recorded in harder-edge styles with a really full-on sound, while at other times he could kick back and get more mellow – in a sweetly soulful style that often featured his work on the sax snaking around warm soul vocals. We actually love this second side of Harrison's career a heck of a lot, and the collection does a great job of pulling out the best of the best from this stretch – getting past some of the weaker cuts on a few of Harrison's 80s albums, to pull together the best ones – and sit them alongside a few tasty Tribe Records rarities! Titles include the 7 inch single "Farewell To The Welfare", plus "Consciousness", "Take Time Out", "The Wok", "Ginseng Love", "Pojo", "Tons & Tons Of BS", "Where Am I Vol 2 – Angry Young Man Part 1", and "Belle Isle".  © 1996-2022, Dusty Groove, Inc.