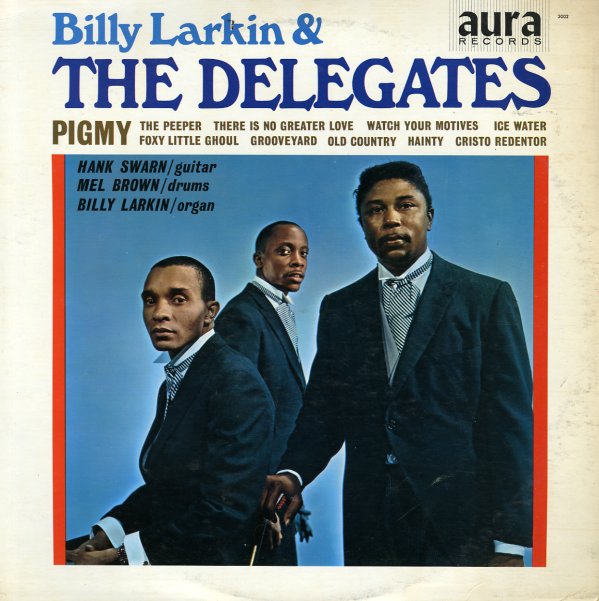 Killer stuff! This is one of Billy's earliest albums, and it's a monster batch of funky organ tunes with a much harder groove than on later works! The group is Billy's early Delegates trio – with Hank Swarn on guitar and Mel Brown on drums – and bad, bad grooves abound: including the legendary "Pigmy", plus "Foxy Little Ghoul", "Grooveyard", "The Peeper", with a few jazz standards and cool blues numbers thrown in to mix things up. Very hot hard heavy and funky!  © 1996-2021, Dusty Groove, Inc.
(Blue label stereo pressing. Labels have a name in pen. Cover has a split bottom seam, some yellowing from age, and notes in pen on back.)

Latin For Lovers
Fantasy, Late 50s. Very Good+
LP...$14.99
Sublime mellow work from Cal – vibes mixed with strings mixed with Latin percussion – a nicely laidback take on his classic 50s sound! The core group is still one of Cal's Latin best – with Mongo Santamaria and Willie Bobo on percussion – and many tracks have some great ... LP, Vinyl record album

Jackeyboard
Trio (Japan), 1973. Very Good+
LP...$34.99 (CD...$22.99)
Jack DeJohnette is a hell of a drummer, and he's also a hell of a pianist too – a side of Jack's talents that isn't always shown on record, and which has maybe never been as well-recorded as on this fantastic Japanese session from the 70s! DeJohnette has a spiritual, long-building approach ... LP, Vinyl record album