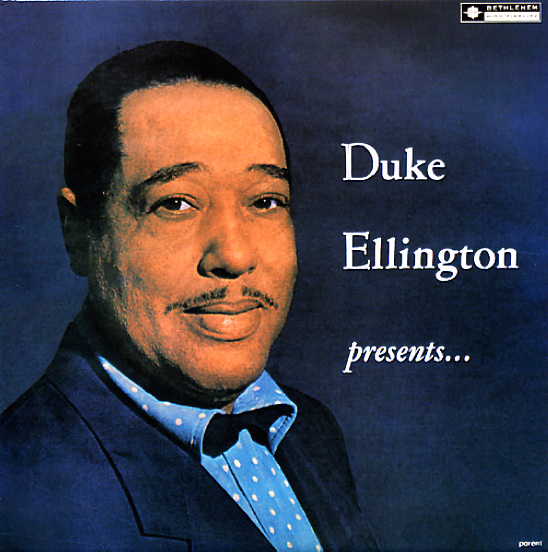 An excellent and oft-overlooked 50s session from Duke – recorded in Chicago as a one-off for the Bethlehem label, and done with a lush, rich sound that's really tremendous! The group's nicely restrained and very moody – playing here in a mellow late nite mode that offers a good focus on the best horn soloists in the group, yet which also really hangs together perfectly from the slow-moving and eerie tone of the rest of the group. Jimmy Grissom sings a bit on the set, and other players include Johnny Hodges, Paul Gonsalves, Cat Anderson, and Ray Nance – on tracks that include "Day Dream", "Blues", "Frustration", "My Funny Valentine", and "Laura".  © 1996-2023, Dusty Groove, Inc.
(UK silver and red London pressing in a flip-back cover, with some wear, gloss peel, and strips of adhesive residue on the back.)