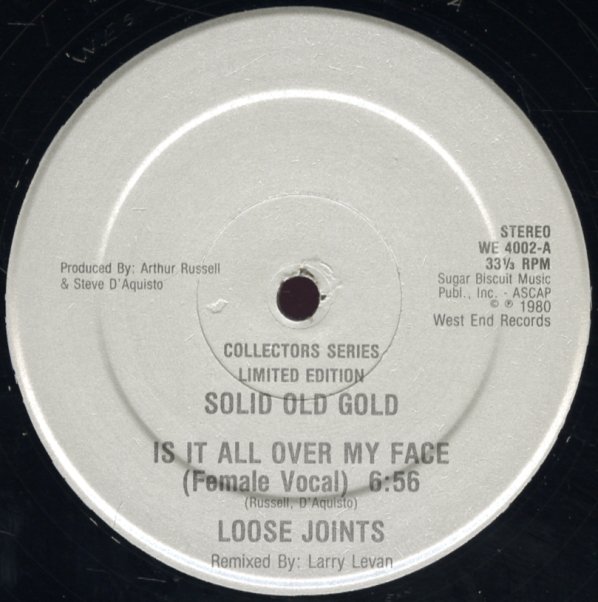 Is It All Over My Face? (female voc)/Do'in The Best That I Can (solid old gold collectors series limited edition)

Is It All Over My Face is one of the strangest club tracks from the West End years – but a great one! The cut's an obvious reference to some of the more sensual practices of the club scene, and it's got a nice dark sound to it that's a good example of the way that late disco, early house, and post-punk sounds were criss-crossing on the New York scene.  © 1996-2021, Dusty Groove, Inc.
(Silver label Solid Old Gold pressing in a West End sleeve.)