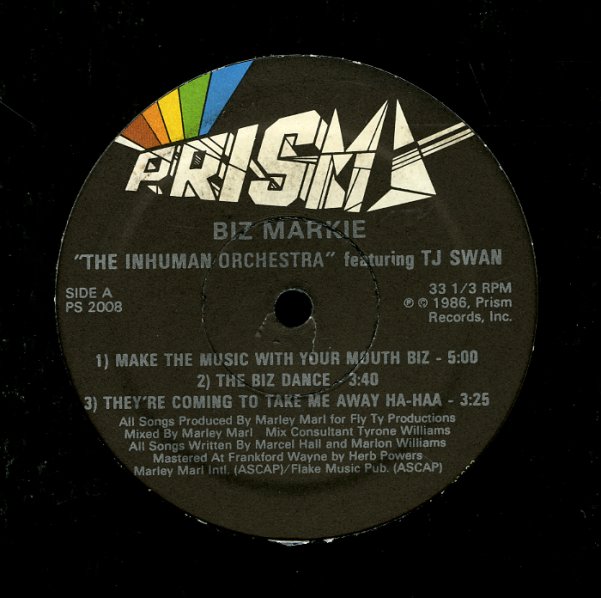 Make The Music With Your Mouth Biz (voc, inst)/Biz Dance (voc, dub)/They're Coming To Take Me Away/A One Two

Debut EP from Biz Markie on Prism! Includes two tracks that never made it to his first LP: a dope version of "They're Coming To Take Me Away", about Biz being carted away to an insane asylum, and "A One Two", done acapella with just Biz rhyming and beat boxing, plus the original and instrumental versions of his classics "Make The Music With Your Mouth Biz" and "The Biz Dance".  © 1996-2021, Dusty Groove, Inc.
(Original pressing with Herbie Jr etch in a Prism sleeve. Label on Side B has a beatmarker sticker.)