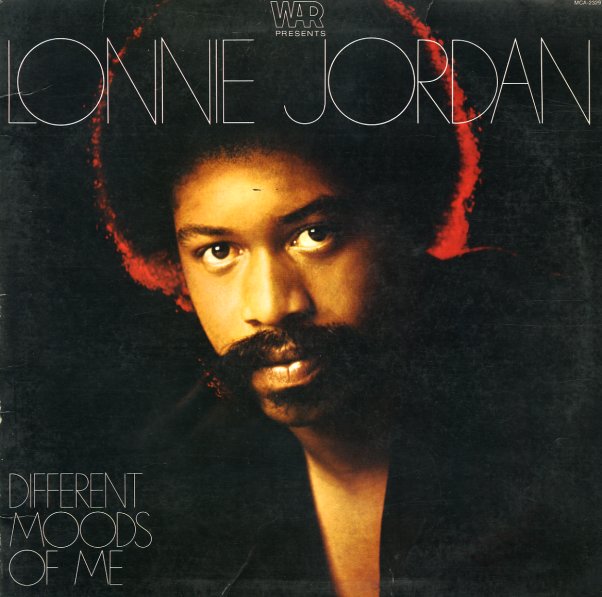 Different Moods Of Me

A pretty sweet little solo album by Lonnie Jordan – a key War member during the group's biggest fame. The album lives up to its title, and serves up a number of different musical styles, all with Lonnie on keyboards and vocals – but the best work is the stuff that's still in the War-type groove, those cuts that have a Latiny funk groove, like "Junkie To My Music" and "Nasty", both of which are pretty tasty numbers with a heavy Chicano groove. "Junkie" is especially great – as it's got some very cool keybord soloing over a heavy conga groove, in kind of a nice stoner funk way. Other tracks include "Jungle Dancin", "Grey Rainy Days", and "He Used To Be A Friend Of Mine".  © 1996-2021, Dusty Groove, Inc.
(Sealed 70s pressing! Cover has a cutout mark.)