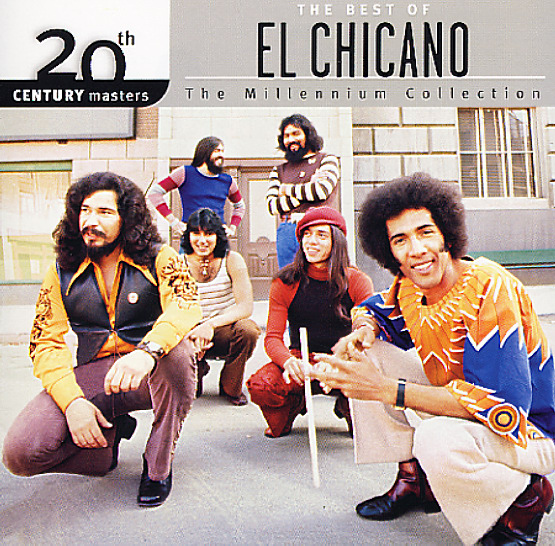 Stone Latin Soul – from one of the greatest groups of the genre! In the late 60s, New York was on top of the Latin Soul sound – blending together bits from Puerto Rican and African-American roots to come up with a whole new sound. But by the time of the early 70s, LA had taken over the groove – and nobody did it better than El Chicano! The combo had a really wonderful sound that was Chicano soul at its best – lots of jazzy stepping rhythms topped off with fuzzy guitars, sweet keyboard bits, and some warm and wonderful west coast soul-styled vocals. There were plenty of Latin influences in the rhythms, but the sound itself was pure LA – done with a really righteous groove throughout! This set brings together a dozen of the group's best tracks for the Kapp and MCA labels from the early 70s – and tracks include "Cubano Chant", "Viva Tirado", "El Cayuco", "The Latin One", "Tell Her She's Lovely", "Sabor A Mi", "Ahora Si", "Cantaloupe Island", and "Juntos".  © 1996-2021, Dusty Groove, Inc.