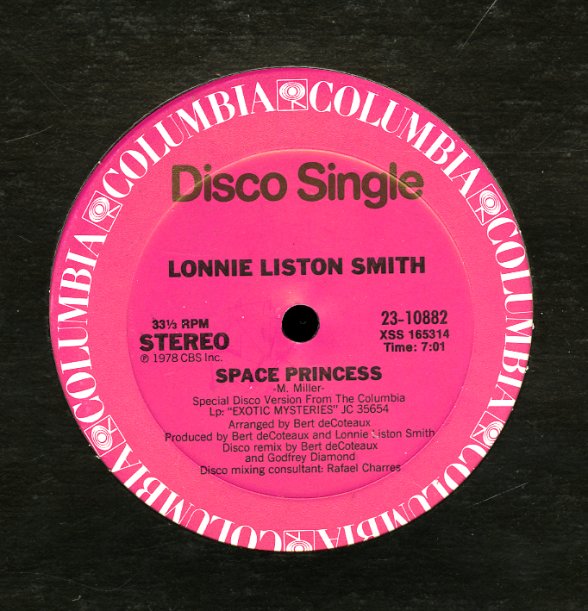 A great single that features two sweet jazzy groovers by Lonnie! "Space Princess" has a full-on disco arrangement from Bert De Coteaux – strings soaring in the front of the track, with some slight female chorus vocals – but still very much in the post-"Expansions" groove from Lonnie. There's some great male vocals that take the lead alongside some fierce percussion, and Lonnie gets in some great flowing keyboard lines. Even better is "Quiet Moments" – a stretched out mellow track that's a perfect late nite piano number!  © 1996-2021, Dusty Groove, Inc.