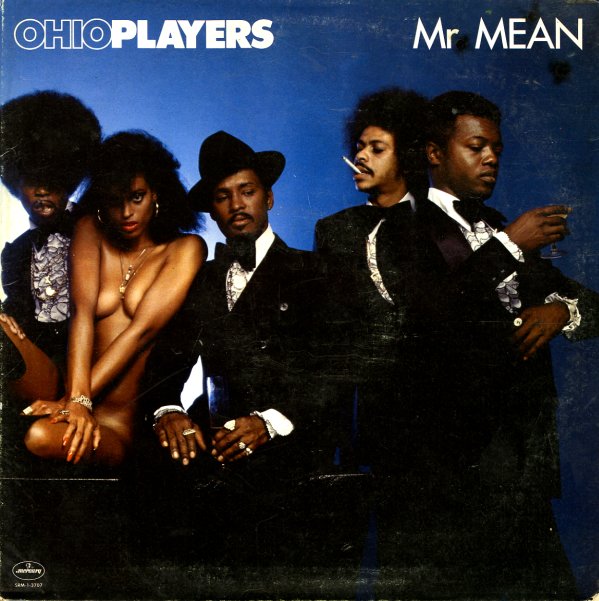 A lesser-known 70s album by The Ohio Players – tunes recorded for the soundtrack of the late blacksploitation film Mr Mean, but also very much in the tight funk format of the group's Mercury work! Tracks are nice and long overall – almost in a stretched-out take on the soundtrack mode, so that there's more "chase" numbers than usual. The real highlight is the sweet sticky tune "Good Luck Charm" – sweetly tripping across a 9 minute ballad mode that's got plenty of spacious mellow grooving underneath. Other tracks include the short percussive "The Controller's Mind", plus "The Big Score", "Mr Mean", "Magic Trick", and the flute-funk "Speak Easy".  © 1996-2021, Dusty Groove, Inc.
(Cover has minimal wear.)

Pleasure
Westbound, 1972. Near Mint- Gatefold
LP...$39.99 (CD...$9.99)
A true pleasure indeed – easily one of the greatest records ever by the Ohio Players, and a perfect summation of all things great in their groove! The album's a landmark effort – even for the heady days of the early 70s – as the Players manage to bring together a fair bit of jazz ... LP, Vinyl record album

Pain
Westbound, 1972. Near Mint- Gatefold
LP...$39.99 (CD...$9.99)
Mindblowing funk from The Ohio Players – the group's debut album for Westbound Records, and a landmark batch of tracks that never gets old! The sound here really has the group stretching out a lot – working on tunes that are extended, but never as overindulgent as their labelmates ... LP, Vinyl record album

She Works Hard For The Money
Mercury, 1983. Near Mint-
LP...$7.99
One of the last great pop records from Donna Summer – thanks to super huge radio and video play for the title cut – and to a huge amount of tuneful tracks put together by producer/arranger Michael Omartin! By this point, Summer isn't trying to fool anyone that she's a deeper soul ... LP, Vinyl record album

LA Boppers
Mercury, 1980. Very Good
LP...$8.99
Sublime work from this jazzy harmony combo – a really unique group who took older vocal modes and fused them onto tight modern soul grooves! This set may well be the best-ever from the group – a perfectly produced album done with Augie Johnson of At Home Productions – with a ... LP, Vinyl record album