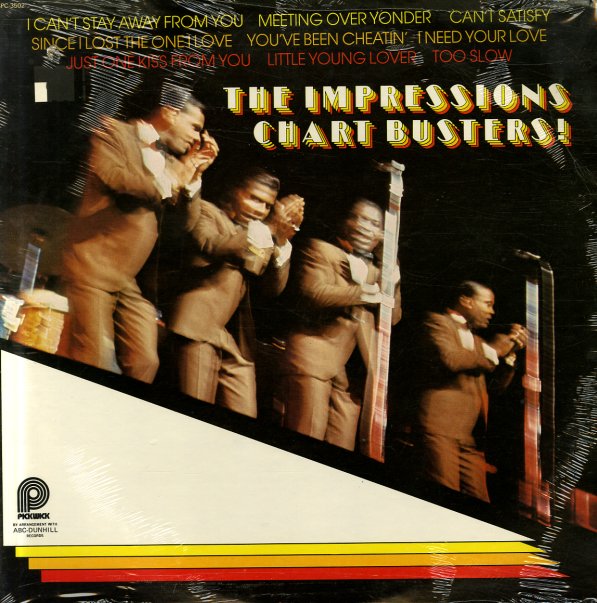 A nice 70s collection of classic 60s ABC work by the early Impressions – not necessarily the group's biggest hits, but a nice batch of work nonetheless! The work is all seminal Chicago soul – recorded mostly with arrangements by Johnny Pate, sung with that sweet crackling harmony style the group was using at the time, and featuring tracks from the years 1962 to 1967 that include "Little Young Lover", "I Need Your Love", "Can't Satisfy", "Too Slow", "I Can't Stay Away From You", "Meeting Over Yonder", and "You've Been Cheatin".  © 1996-2022, Dusty Groove, Inc.
(Sealed copy! Cover has a a cutout hole.)

Organized Con Funk Shun
Pickwick, 1978. Very Good+
LP...$9.99
Early stuff by Con Funk Shun, recorded in 1973, and a lot funkier than some of their later work. The set went down in Memphis, and the overall sound is kind of a Bar-Kays-ish ensemble funk style, although with less of a heavy guitar groove. We're not sure if there ever was another pressing of the ... LP, Vinyl record album