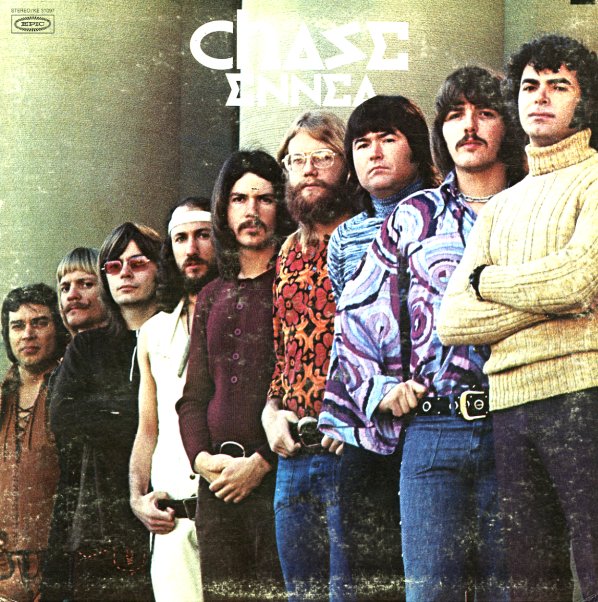 A jazz rock classic that still sounds pretty darn tasty today – forged on the heels of Chicago and Blood Sweat & Tears, but with a sound that's leaner and meaner! The group's led by trumpeter Bill Chase – hence their name – and features lead vocals by GG Shinn and Terry Richards, both in a style that's got the same blue-eyed jazz soul overtones as that used by the groups mentioned above. The real strength of the tracks, though, is their jazzy backings – horn-heavy, as you'd expect, and hitting some great riffs and licks on the album's side-long title "suite", which features many instrumental passages. Titles include "Hades", "Aphrodite (parts 1 & 2)", "Zeus", "Poseidon", "Cronus", "It Won't Be Long", "I Can Feel It", and "Night".  © 1996-2021, Dusty Groove, Inc.
(Yellow label stereo pressing. Cover has a small promo sticker.)