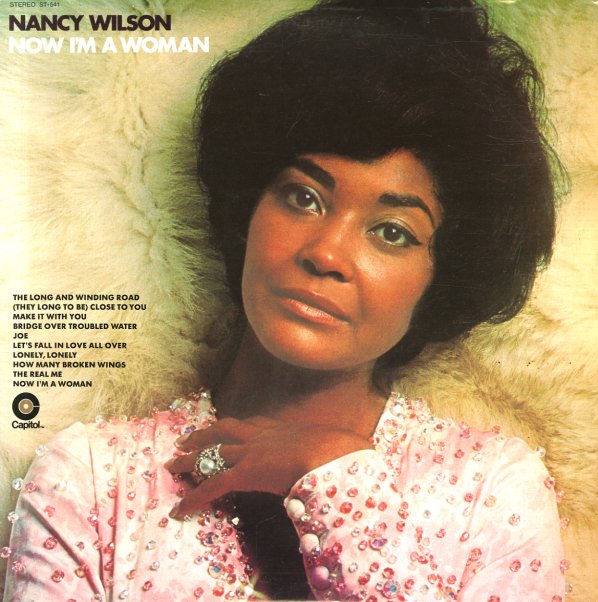 A really unique moment for Nancy – one in which she leaves the LA sound behind, and gets some special treatment from the young Philly crew of the Gamble & Huff studios! Arrangements on the set are by Thom Bell, Lenny Pakula, and Bobby Martin – and the style's an interesting mix of Nancy's pop jazz vocals with some of the lighter, sweeter sounds of the Philly scene at the start of the 70s. The result is a surprisingly wonderful album – quite different for Nancy, and with the kind of backings that really break her out of the sound of the 60s – and pave the way for the sophisticated style of the 70s. Titles include "Now I'm A Woman", "Let's Fall In Love All Over", "Lonely Lonely", "Joe", "How Many Broken Wings", and "The Real Me".  © 1996-2021, Dusty Groove, Inc.

Take My Love
Capitol, 1980. Very Good
LP...$3.99
A gem of a record from Nancy Wilson – and further proof that some of her best moments come from her late 70s years at Capitol Records! This set's done in close collaboration with Larry Farrow – who wrote, arranged, and produced most of the set – in the same warm modern vibe that ... LP, Vinyl record album

I've Never Been To Me
Capitol, 1977. Near Mint-
LP...$5.99
Nancy Wilson hits hard on two different levels – some of the mellow, sophisticated numbers that made her mid 70s years so great – and a few more upbeat groovers that aim strongly for the clubs! The blend is carried off well here – thanks to production and arrangements from Gene ... LP, Vinyl record album