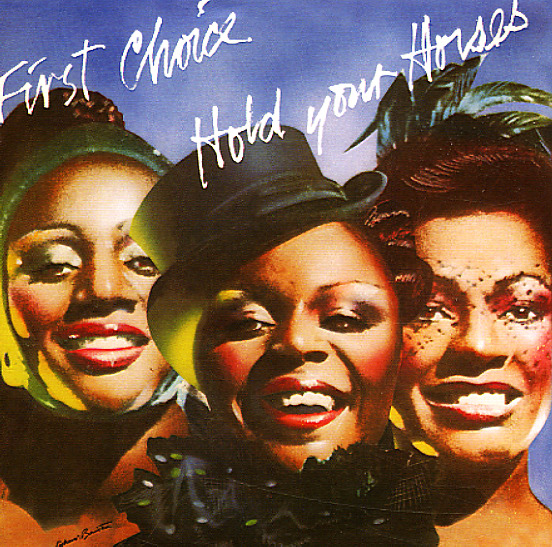 Rochelle and the girls are in full force on this late 70s Salsoul groover – with production by Norman Harris and Tom Moulton! The opening trio of cuts have the continuously flowing vibe of an extended suite – and it's a really exhilarating 16 minutes of dancefloor soul – with gorgeous lead and harmony vocals, funky bass grooves and unexpected changes among the club soul standard-bearing grooves. The drum heavy sections of "Let Me Down Easy" and the title track stand out strongly amongst those, but there's lots of nice little twists throughout! Other titles include "Love Thang", and "Double Cross".  © 1996-2023, Dusty Groove, Inc.

Mothership Connection
Casablanca, 1975. Very Good+
LP...$44.99
Here's where it all happens – the huge culmination of all the years of heavy funk and psychedelic soul created by George Clinton and the P-Funk empire – fused into an amazingly tight groove that helped win over much bigger audiences than ever before! The album title and cover are very ... LP, Vinyl record album

Raw Silk
Warner, 1979. Very Good+
LP...$4.99
A really wonderful little album from Randy Crawford – a lot jazzier than previous work, and done in a style that has Randy's vocals backed by small electric combo work on most cuts! Players on the set are a great batch of top-shelf fusion players – and include Don Grusin, William D ... LP, Vinyl record album

Strings Aflame
RCA, 1959. Very Good
LP...$6.99
A soaring set of fire from the legendary Juan Garcia Esquivel – a record with the promised strings in the title, but used in all the weird and wonderful ways that make Esquivel so great! Some of the strings are electric guitar lines, there's some great echoey piano, gongs and percussion, and ... LP, Vinyl record album