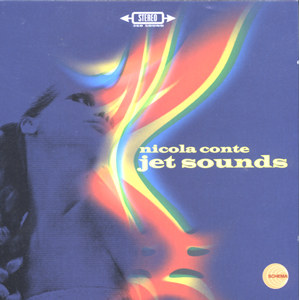 Wonderful wonderful wonderful – and one of the best albums we've ever heard of modern bossa and soundtrack grooves! For years, Nicola Conte has been a seminal force in the new Italian scene – working as a DJ, promoter, producer, and sometimes recording artist under the odd 12" single. This album marks his first full effort – and after years of bubbling under in the Italian scene, Nicola emerges as one of the most perfect-formed artists we've heard in years. The whole album's a breathtaking mix of 60s bossa, soundtrack, and easy themes – put together with never a dull moment, and always a focus on the kind of mid and uptempo grooves that have been pushing the Italian and German scenes for the last 5 years. The record features great mixes from a few of Nicola's 12" singles, plus a wealth of excellent new material that really expands his groove wonderfully – with a totally real, totally honest sound that pushes past the gazillion retro remix throwaway albums that you'll find stuffing the listening stations at the megastores! Tracks include "Il Cerchio Rosso", "Dossier Omega", "Trappola Mortale", "Jazz Pour Dadine", and "Bossa Per Due".  © 1996-2022, Dusty Groove, Inc.