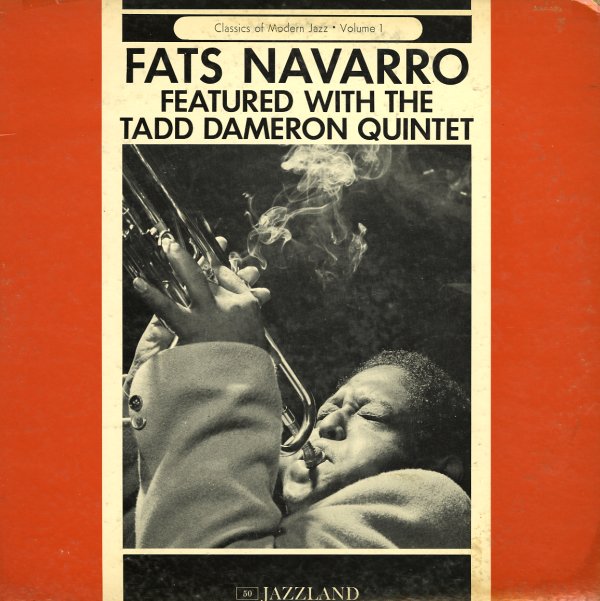 First volume of sessions originally recorded for radio on acetates, then transferred to tape in 1961 and released as 2 albums on the Jazzland label in the early 60s. The sides are noteworthy in that they offer some important early performances by Navarro – working with the Tadd Dameron band that included Allan Eager, Kenny Clarke, and altoist Rudy Williams. Dameron wrote and arranged most of the material, 7 titles on this first volume: "Anthropology", "Lady Be Good", "The Squirrel", "Our Delight", "Dameronia", "Tadd Walk", and "Good Bait".  © 1996-2021, Dusty Groove, Inc.
(Mono maroon label Orpheum pressing. Labels show some aging. Cover has light wear, some splitting in the top seam, and a sticker spot on back.)

Mezipristani – Inter-landing
Supraphon (Czech Republic), 1983. Near Mint-
LP...$19.99
One of the more dynamic albums from guitarist Rudolph Dasek – thanks to a group with Andrew Cyrille on drums! Also features Karel Ruzicka on piano and Zbigniew Wegehaupft on bass. LP, Vinyl record album

First Circle
ECM, 1984. Very Good+
LP...$7.99
Arguably the last great album to come from the classic Pat Metheny collaboration with Lyle Mays – a record that's tightened up considerably from some of the group's earlier efforts, but which gives as its reward some wonderfully compelling tunes! Pat's still very much influenced here by a ... LP, Vinyl record album