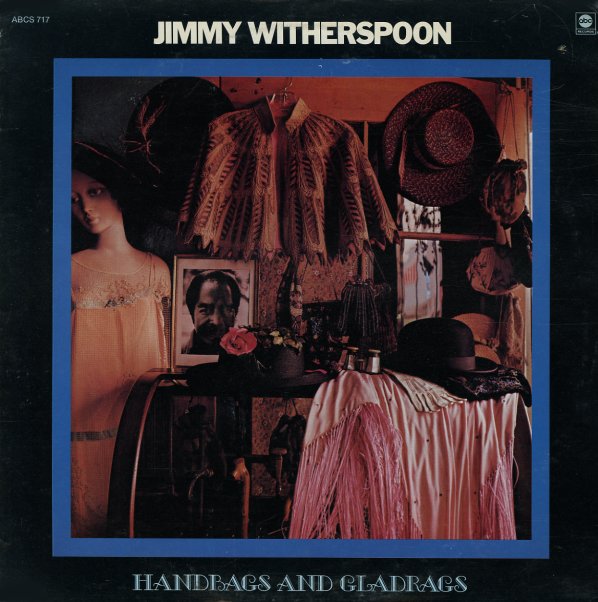 An interesting 70s session from Jimmy – rougher and rootsier than most of his jazz-inflected 60s recordings, in a style that was clearly trying to cross him over to the college kids who were buying so much blues at the time! The set's still got a lot of jazz players on it – including Stu Gardner, Gildo Mahones, Ray Brown, and Larry Bunker – but the overall style is more in a tripped-out, laidback mode that has plenty of righteous touches, including some female backing singers (Merry Clayton and Clydie King) on a few tracks. Joe Walsh plays a bit of guitar on the set, and the album's got a great version of "Handbags & Gladrags", plus the cuts "It's Time To Live", "Redneck", "Testifying", "Stay With Me Baby", and "Evil Man Blues".  © 1996-2021, Dusty Groove, Inc.
(White label promo. Cover moderate wear with a mostly split spine.)