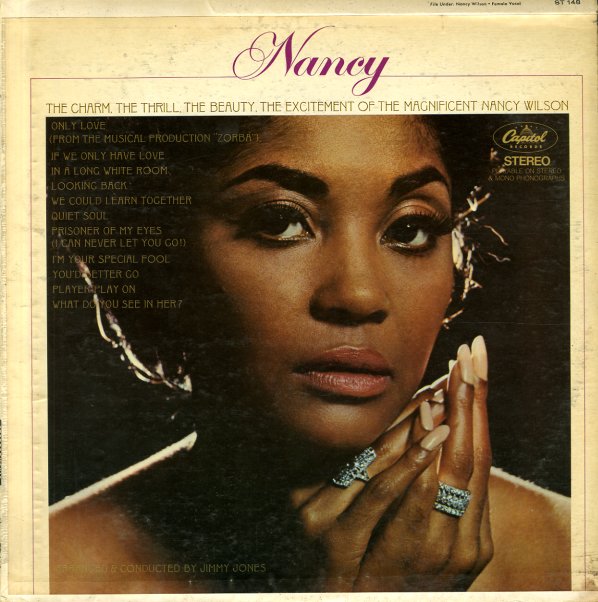 A self-titled set from Nancy Wilson – and a record that definitely lives up to everything the Nancy name meant at the end of the 60s! The album's got a depth that can take on comers from all corners – enough class and sophistication to match the modes of Marlena Shaw or Dionne Warwick, but also enough punch to tackle the heavier soul styles of singers like Aretha Franklin or Fontella Bass – thanks to some heavier groovers on the package! There's loads of fresh numbers on the record – many given a great blast of jazz and soul by arranger Jimmy Jones – and titles include "Prisoner Of My Eyes", "Looking Back", "You'd Better Go", "What Do You See In Her", "We Could Learn Together", and "Player Play On".  © 1996-2022, Dusty Groove, Inc.
(Rainbow label stereo pressing. Cover has some wear and aging.)