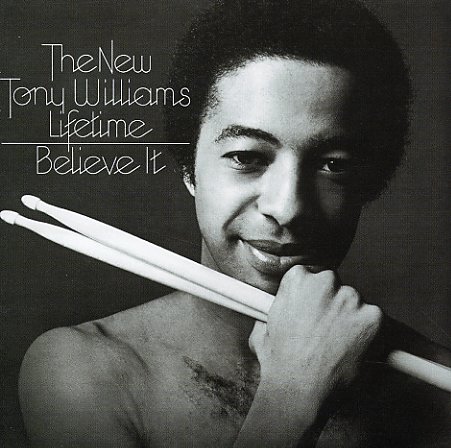 Crackling funky fusion from Tony Williams' "new" version of his classic Lifetime group – a quartet that featured some smoking guitar work by jazz rock legend Allan Holdsworth! The sound on the set is very full-on and jamming – fuzzed-out guitars taking over most of the tracks, and Tony jumping into the fray with some really frenetic work on drums – miles away from his earlier jazz work in the 60s, and really taking off with the best sort of rock/jazz fusion energy! Titles include "Snake Oil", "Fred", "Proto Cosmos", "Red Alert", and "Mr Spock".  © 1996-2022, Dusty Groove, Inc.
(Cover has light ring wear and a partially unglued seam.)