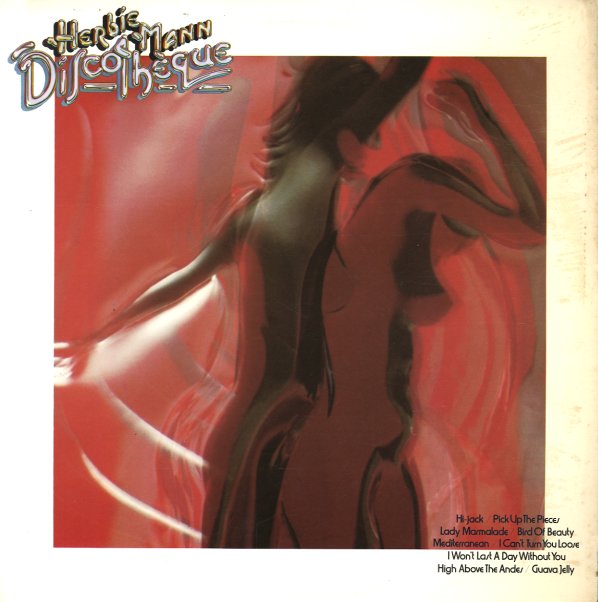 Herbie Mann hits the discos – but given the flute player's roots in jazz, the set's more of an electric funk outing overall! Herbie's working here with his Family of Mann group – that cool combo that features lots of work on keyboards from Pat Rebillot, who also handled the arrangements for the set – in a wicked blend of Mann's flute and his own keyboard lines – supported with some nicely funky rhythms from Steve Gadd on drums and Tony Levin on bass! Disco touches are added by a bit of congas from Ray Barretto, and some sweet female soul vocals that come in on the choruses – in a mode that's a bit like the work on Kudu Records at the time. Titles include "Pick Up The Pieces", "Guava Jelly", "High Above The Andes", "I Can't Turn You Loose", "Mediterranean", "Lady Marmalade", and "Hi-Jack".  © 1996-2022, Dusty Groove, Inc.