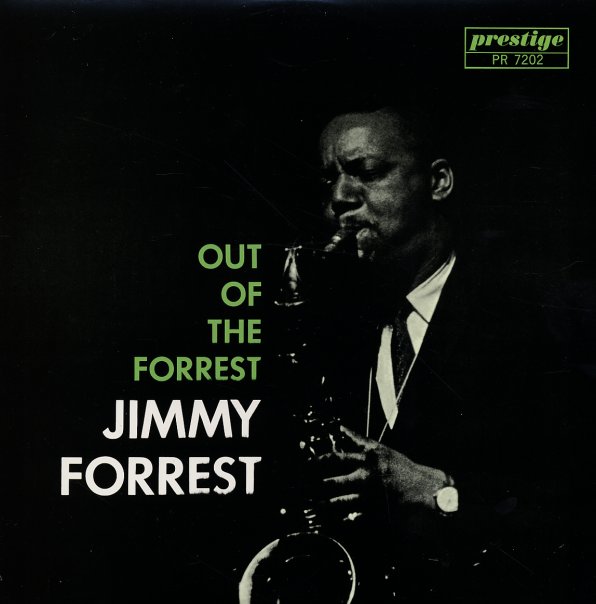 Out Of The Forrest

Great work from one of the most under-rated tenor players of the 60s! Jimmy Forrest was an excellent player who made only a handful of recordings at the time – but he blows with a deep confidence that should have made him one of the biggest new stars on the scene. This set's one of Jimmy's best, and features his laidback tenor in a quartet with Joe Zawinul on piano, shortly before Zawinul hooked up with Cannonball Adderley. The tracks are short, but the interplay between Forrest and Zawinul is tasty – a bit like the album made by Joe and Coleman Hawkins – and the rest of the group features Tommy Potter on bass and Clarence Johnston on drums. Titles include "Bolo Blues", "Crash Program", "By The River Saint Marie", and "I Cried For You".  © 1996-2021, Dusty Groove, Inc.
(Yellow & black label NJ pressing with deep groove and RVG stamp. Cover has split seams held with masking tape, splitting in the spine, overall aging, and notes in pen and marker on back.)