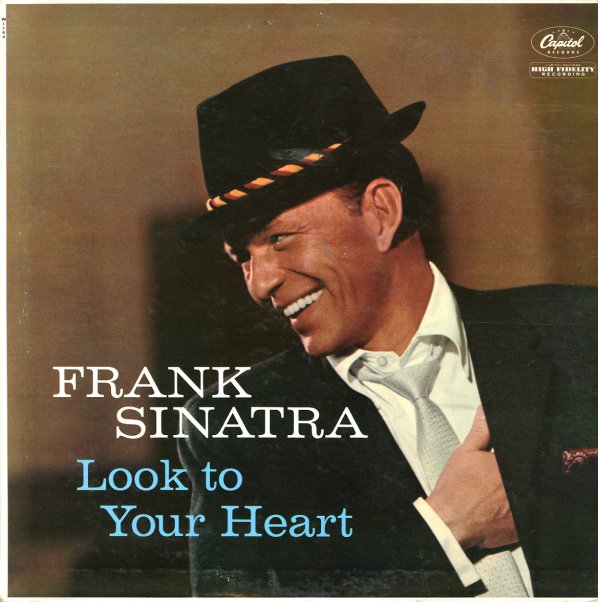 Look To Your Heart

A nice little set from Frank – and similar to the album This Is Sinatra, a record that collects some of his non-LP singles for Capitol from the 50s. Because of this, the album's got a style that varies from track to track – but in a nice way – and titles include "Anytime Anywhere", "Not As A Stranger", "Our Town", "The Impatient Years", "I Could Have Told You", and "Look To Your Heart".  © 1996-2022, Dusty Groove, Inc.
(Mono rainbow label pressing. Cover has light wear, a half split bottom seam and a bit of tape residue at the opening.)

Come Dance With Me
Capitol, Mid 50s. Very Good+
LP...$11.99
Billy May's got Frank nicely swinging on this one – working on a set of older numbers, retuned for the Sinatra sound of 50s Capitol! The band is tight, the sound is right, and Frank steps out nicely on songs that he sung years before in other settings – but quite possibly never so well ... LP, Vinyl record album