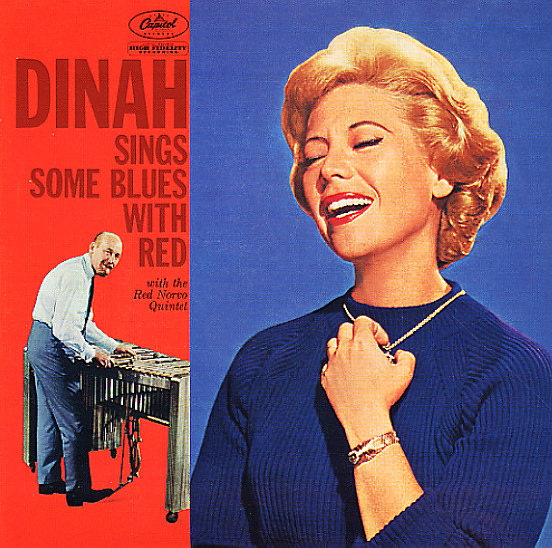 A surprising return to jazz by Dinah Shore – recorded with backings by the Red Norvo Quintet, and a swinging style that makes us like her more than we'd think! Titles include "Who", "It's Funny To Everyone", "Bye Bye Blues", "Lover Come Back To Me", "Skylark", and "Lucky In Love".  © 1996-2020, Dusty Groove, Inc.
(Mono rainbow label pressing. Cover has light wear.)