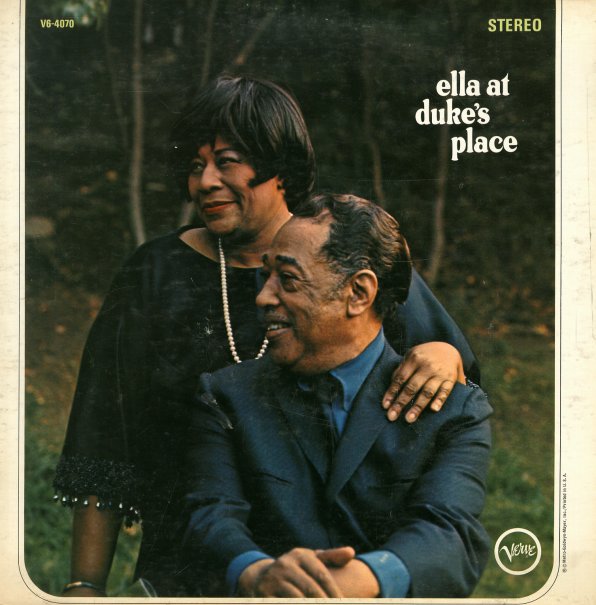 A beautiful classic from mid 60s Verve – and the kind of a session that we wouldn't have expected to come off so well! In a style they were using with older artists at the time, Verve brought Ella and Duke into the studio together – with Duke's band and compositions providing the structure of the set, and Ella handling vocals. The tunes are mostly Ellington classics, but they provide a nice change of pace for the Fitzgerald of the 60s – taking Ella into more sophisticated territory on some darker themes that really surprised us. Players are all of the Ellington stalwarts of the time – and titles include "Imagine My Frustration", "Duke's Place", "What Am I Here For", "Azure", "A Flower Is A Lovesome Thing", "Passion Flower", and "Something To Live For".  © 1996-2021, Dusty Groove, Inc.
(Mono MGM pressing with deep groove. Cover has a cutout hole, aging, and light wear.)