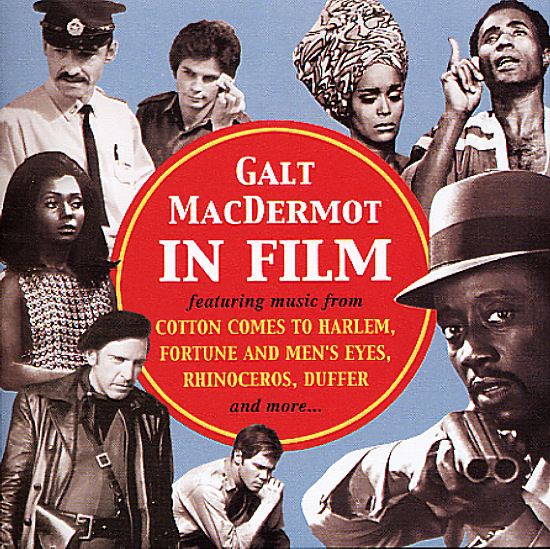 Mad funk from the great Galt MacDermot – a wonderful selection of obscure tunes from some of his best funky soundtracks! Galt's work on Hair has been sampled heavily by a variety of hip hop producers over the years – but even better is his work for less famous soundtracks, a good variety of which are sampled here in a wonderfully-done set that focuses on the truly funky tracks that Galt wrote for these films – and which gets past the sometimes-off tracks that can occasionally get in the way of his lesser soundtracks. The package is a total jam throughout – filled with tunes that have weird rhythms, moody keyboards, and the kind of offbeat approach to funk that's always made his work so great. There's only a few tracks from previously reissued soundtracks like Woman Is Sweeter and Cotton Comes To Harlem – plus lots lots more from weirder films that include American Express, Nucleus, Fortune & Men's Eyes, Moon Over The Alley, and Rhinoceros! In true Galt MacDermot funky fashion, there's lots of great drum work on the set from Bernard Purdie – and titles include "Golden Apples", "Coffin Ed", "Dead End", "Fragments II", "Tango", "Ed & Digger", "Duffer", "Bedroom", "Queenie's Theme", "Fortune & Men's Eyes", "Rhinoceros Theme", and "Never Die Desire Not".  © 1996-2021, Dusty Groove, Inc.

When There's Love Around
Stones Throw, 2021. New Copy
CD...$11.99 12.99 (LP...$25.99)
Kiefer's a musician who just keeps on getting better and better with each new record – a keyboardist who's moving more and more into jazz-based territory as time goes on – and past the more hip hop oriented material of his earlier work! There's still a love of shimmering production and ... CD