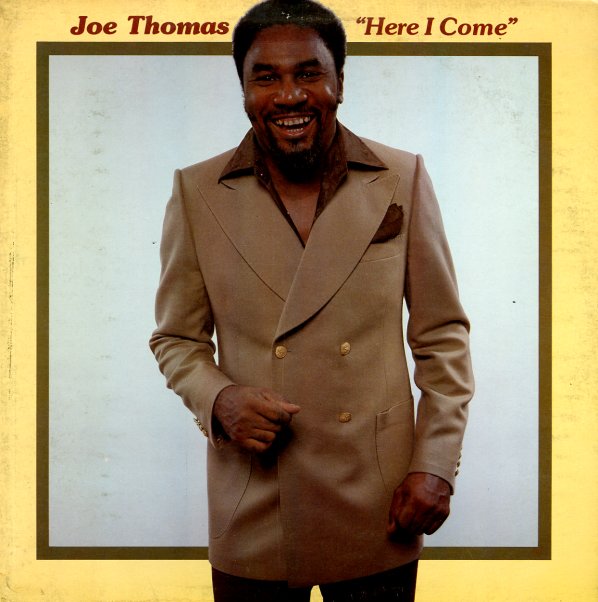 Soulful sounds from the great Joe Thomas – a reedman who was first known as the Ebony Godfather on some more rough-edged funk at the start of the 70s – but who's equally great here in a larger, warmer setting overall! The record follows the spirit of some of the others in the second chapter of the Groove Merchant label – that time when Sonny Lester changed things over to LRC/LC, and often worked in ways that maybe echoed more of the major label soul fusion styles, but always with a much hipper vibe. The backings here are directed by Brad Baker – who you'll know from the B Baker Chocolate Company work – a great fit for the tight solos from Thomas, who maybe comes across a bit like Grover Washington on Kudu/CTI. Titles include "Green Dragon", "Same Old Song", "Place In Space", "Gotcha", and "Here I Come".  © 1996-2021, Dusty Groove, Inc.
(Cover has a cutout notch.)