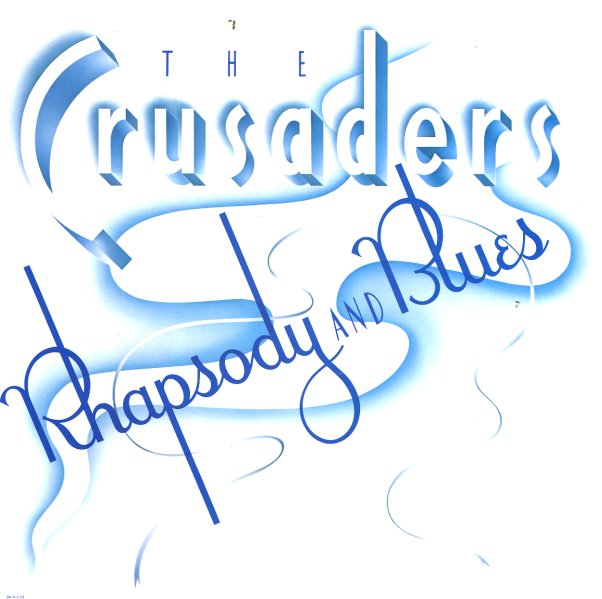 The Crusaders at their late 70s smooth jazz best – completely confident in the sound of their groove, and unabashedly working in a tight studio setting on longer tracks that helped forever change the sound of mainstream funky jazz! And yes, the edges are polished down from the group's earlier recordings – but in a way that only seems to deepen the soul of the tunes, and give them more direction and a solidly crossover feel that actually goes past the random funky jazz of the early and mid 70s. Sample, Felder, and Hooper are in fine form throughout – and as usual by this point, are working with a range of guest stars – including Will Jennings, who sings some great lead vocals on the "Street Life"-like "Soul Shadows" track that leads off the set. Other titles include "Elegant Evening", "Rhapsody & Blues", "Last Call", and "Sweet Gentle Love".  © 1996-2022, Dusty Groove, Inc.
(Cover has a name in pen and light wear. Labels have a name in pen.)

2nd Crusade
Blue Thumb/Chisa, 1973. Very Good- 2LP Gatefold
LP...$6.99
An early 70s classic from The Crusaders – and a record that has the group perfectly poised between the rougher soul jazz of their roots and some of the tighter styles they brought into play during the 70s! The sound here is heavily electric – thanks to great keyboards from Joe Sample ... LP, Vinyl record album

Southern Comfort
Blue Thumb, 1974. Very Good 2LP Gatefold
LP...$7.99
A landmark album from The Crusaders – and a set that really has them sweetening up their groove with lots of tasty R&B touches! The guitar's a bit more pronounced in the mix on this one – setting up some tightly funky rhythms that almost seem to free up the horns even more for solo ... LP, Vinyl record album

Crusaders At Their Best
Motown, 1973. Very Good+
LP...$5.99
A really mixed bag of grooves from the Crusaders – but still an album that's quite tasty if you dig their work on the Chisa label! The record appears to be a greatest hits collection – with the "best" in the title – but it's more a summation of the styles they'd been ... LP, Vinyl record album

Crusaders 1
Chisa/Blue Thumb, 1971. Very Good 2LP Gatefold
LP...$2.99 4.99
Sweet funky Crusaders – one of the first records the group made after dropping the "Jazz" from their name, and a soulful electric set through and through! The group still have that tightly-crafted soul jazz sound that made their late 60s recordings so great – but they're also ... LP, Vinyl record album

Chain Reaction
Blue Thumb, 1975. Very Good Gatefold
LP...$9.99
On this one, the Crusaders definitely crossed from jazz into funk – but who cares, because the album's so darn great! The record's got a tight LA groove, with some excellent electric keyboards, sweet sax solos, and tight drumming throughout. True proof that sometimes a lot of money can be ... LP, Vinyl record album

Best Of The Crusaders
Blue Thumb/ABC, Early 70s. Very Good+ 2LP Gatefold
LP...$4.99
Fantastic funky jazz from the Crusaders! The set includes some of their best cuts from their years at Blue Thumb – when they were slicking things up a bit, but still staying pretty true to their soul jazz roots. There's a lot of nice electric funky numbers, and more than a few hip hop ... LP, Vinyl record album