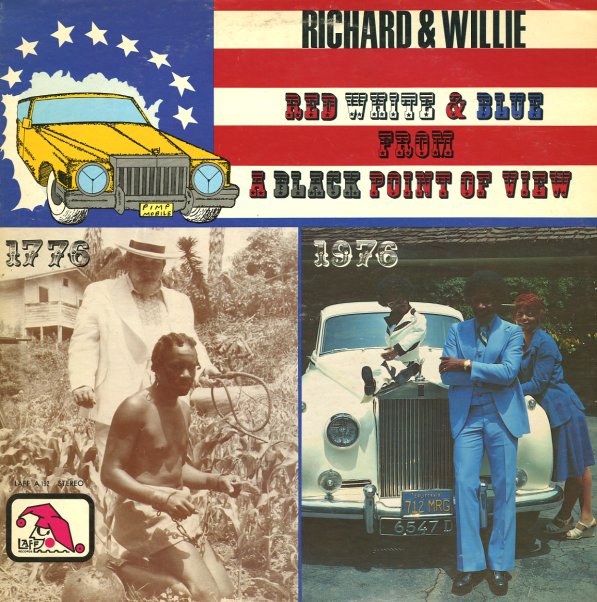 Red White & Blue From A Black Point Of View

A classic in the "alternative Bicentennial" genre from off-color ventriloquist party act Richard & Willie – with a mix of themes that bad-raps American history, and also manages to cover some righteous 70s topics as well! Routines include "200 Years Of Freedom", "Boston School Buses", "Freedom Of Speech Progress", "Klu Klux & Klan", "Sex Scandal", and "Jaws".  © 1996-2021, Dusty Groove, Inc.
(Shrinkwrap has a small hole at the corner.)