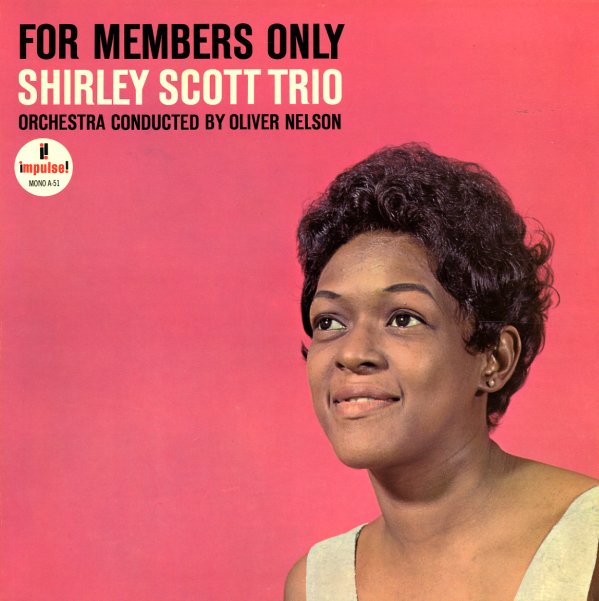 Groovin' set of tracks that has the lady organist in two settings – one with her trio with Jimmy Cobb on drums, the other with a hard swingin' big band led by Oliver Nelson. She's great with Nelson's band, and swings in the same hard way that Jimmy Smith does in the same setting. Tracks include "Blue Piano", "Toys In The Attic", and the groovin' "Freedom Dance".  © 1996-2021, Dusty Groove, Inc.
(Green label ABC/Impulse pressing. Cover has a cut corner and a trace of a price sticker.)