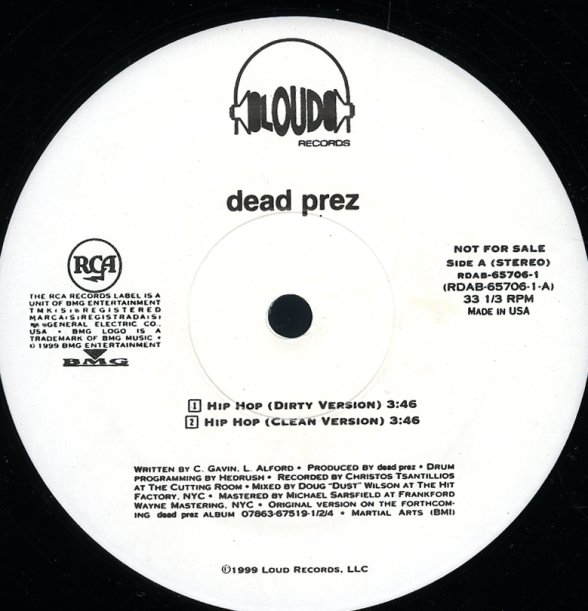 The classic early single from Dead Prez – with squelchy funk steeped production and razor sharp rhymes – originally released in the run-up to their debut full length for Loud! "Hip Hop" hints at strident material to come from the duo, who stood out from the Loud Records scene, and the hip hop scene in general at the dawn of the 00s – and it's a pretty incredible precursor to (and eventually standout track on) the Let's Get Free LP.  © 1996-2023, Dusty Groove, Inc.
(Promo in a stickered Loud sleeve, with light wear.)