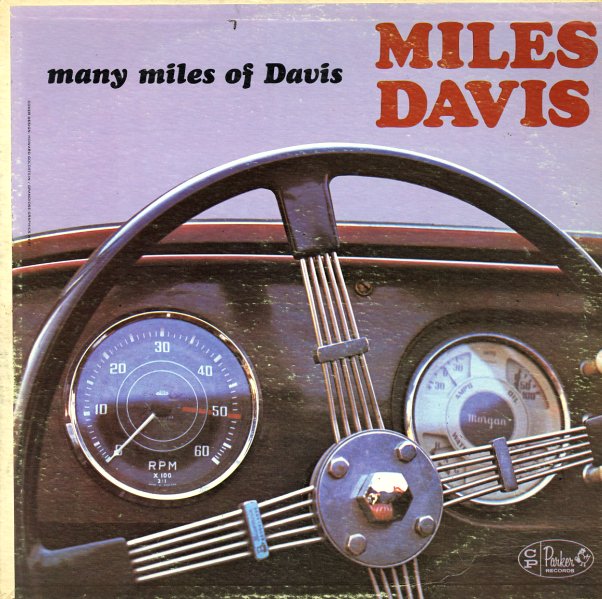 Many Miles Of Davis

Early bop sides, not led by Miles as you might imagine from this package, but featuring him. We're not entirely certain of the origin of these recordings, but they are at least contemporaneous with the Savoy sides Miles was cutting with Bird, and according to the notes, feature Charlie Parker, Lucky Thompson, Duke Jordan, Max Roach and others. 10 tracks in all: "Out Of Nowhere", "A Night In Tunisia", "Yardbird Suite", "Ornithology", "Moose The Mooch", "Embraceable You", "Bird Of Paradise", "My Old Flame", "Don't Blame Me" and "Scrapple From The Apple".  © 1996-2022, Dusty Groove, Inc.
(Mono pressing. NOTE – Vinyl has a slightly heated edge that plays through but with surface noise and a press flaw that clicks through the first five minutes of Side 1. Cover has some wear and aging, mostly in back.)

Relaxin' With The Miles Davis Quintet (Craft Small Batch)
Prestige/Craft, 1956. Sealed
LP...$99.99
One of the classic early Miles Davis & John Coltrane sessions for Prestige – a well-crafted quintet album that shows Miles finding a stronger voice than ever, and Coltrane beginning to emerge as a key force on his own! Backing is subtle and soulful – handled by the trio of Red ... LP, Vinyl record album

Filles De Kilimanjaro
Columbia, 1969. Very Good+
LP...$29.99
A dark blend of acoustic and electric modes from Miles Davis – a set that still has him working with elements of the classic 60s quintet, but which also brings in a stronger emphasis on electric piano too! The rhythms here are really fantastic – ready to burst forth into a whole new ... LP, Vinyl record album