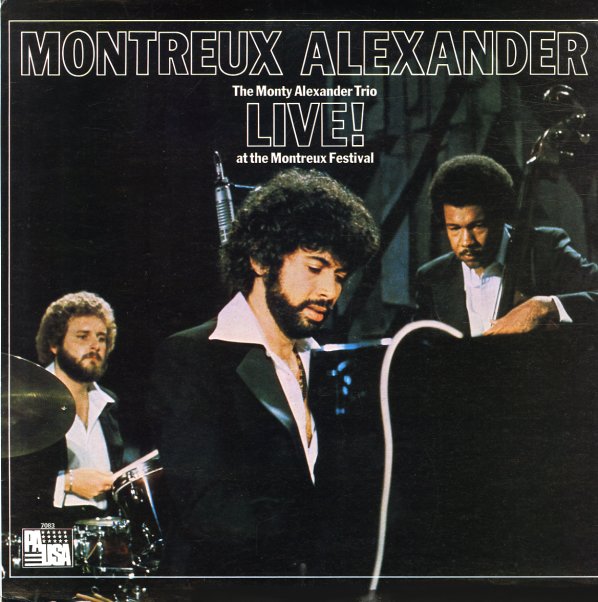 A stone classic from pianist Monty Alexander – a live date recorded for MPS in the mid 70s, and a set with even more fire than his studio sides for the label! The sound here is quite freewheeling at times – not funky, but in a very romping, gutbuckety mode that marks Alexander as a clear heir to Oscar Peterson in such a setting – but one who's also possibly bringing a bit more groove to the table! Rhythm is from John Clayton on bass and Jeff Hamilton on drums – who are perfect accompanists for Monty's nicely rolling style on the keys! Titles include "Drown In My Own Tears", "Feelings", "Work Song", "Nite Mist Blues", and "Satin Doll".  © 1996-2020, Dusty Groove, Inc.
(Dutch pressing.)

I'm All Smiles
Verve/MPS, 1983. Near Mint-
LP...$4.99
Duo recordings on two concert grand pianos by Jones and Flanagan, with titles including "Relaxin' At Camarillo", "In A Sentimental Mood", "Some Day My Prince Will Come", "Afternoon In Paris", "Au Privave", "I'm All Smiles", "Rockin' ... LP, Vinyl record album