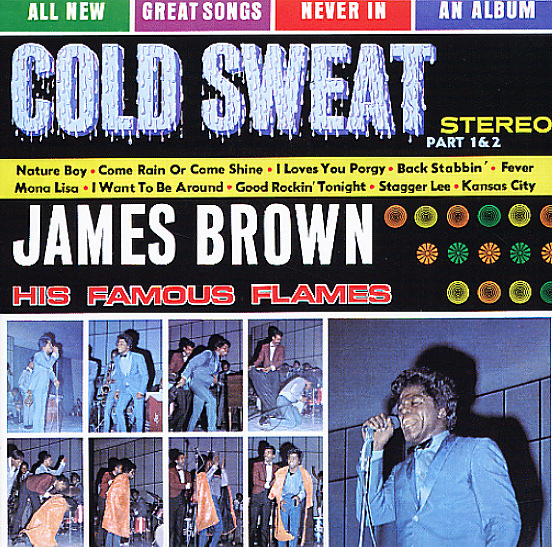 A stone classic from Brother James – a wonderful 60s album that not only includes the incredible title track – one of James' best groovers from the time – but a set that also showcases his talents in so many other styles too! There's a few wonderful ballads – but completely recast by James into songs of pride and power – and some older R&B-styled numbers that hearken back to his earliest years at King – all of which makes for a really rich demonstration of that unique James Brown energy that nobody else in the 60s could ever hope to touch! The Godfather's vocals burst out nicely with some wonderfully soulful overtones, no matter what the tune – and titles include "Fever", "Good Rockin Tonight", "Back Stabbin", "Mona Lisa", "Come Rain Or Come Shine", "Nature Boy" and "I Want To Be Around" – as well as "Cold Sweat (parts 1 & 2)".  © 1996-2022, Dusty Groove, Inc.
(Mono black crown label pressing with deep groove. Cover has split seams and some aging.)

Jealous
Trius/King, 1972. Sealed
LP...$13.99 (LP...$16.99)
An obscure little album – but one that's had surprising life in recent years, thanks to a great batch of funky tracks on the set! Little Royal is one of those soul singers who doesn't mind borrowing bits from bigger stars as long as they work well in his act – stepping out like Garland ... LP, Vinyl record album

Singin & Swingin
King, Early 60s. Good
LP...$11.99 (LP...$9.99)
Some of the hardest, heaviest vocal group work of the pre-soul generation – a set of legendary King Records material by the young Hank Ballard and his always-tight Midnighters! The set captures them in the second chapter of their time at King – slightly cleaner in some of their subject ... LP, Vinyl record album